When is Black Friday 2022 for Those Great Deals? 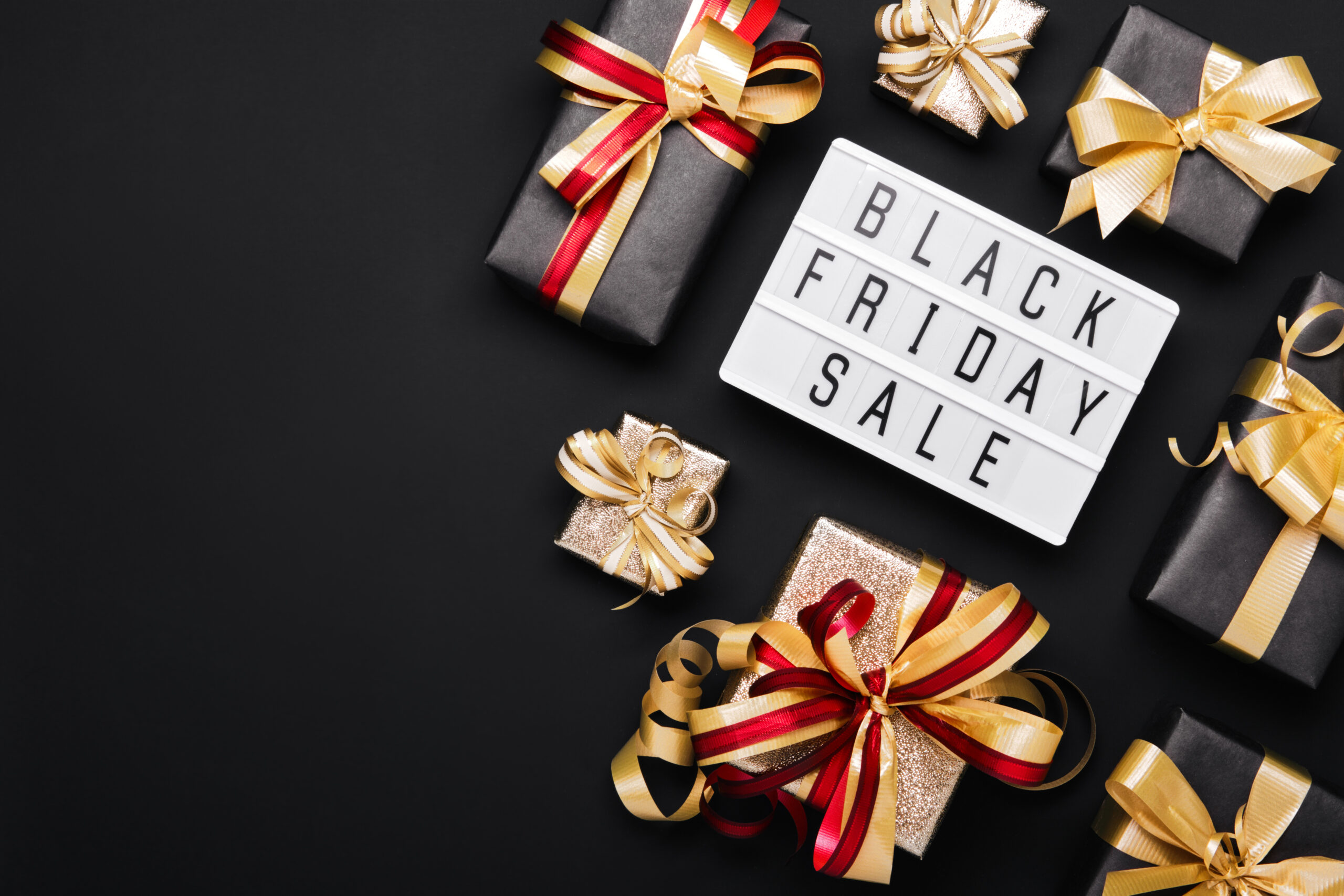 Black Friday and Cyber Monday sales mark the holiday shopping season. It all begins after Halloween, but Thanksgiving seems to be the start of the best deals.

Deals on jewelry, gold, luxury handbags, and designer watches are available all year long at Barry’s Pawn and Jewelry in Boca Raton, FL.

What is the History of the Thanksgiving Holiday?

Black Friday sales and shopping didn’t initially start as part of Thanksgiving. Thanksgiving finds its roots in the 1600’s, after the colonists sailed from England to Plymouth Rock.

Thanksgiving began in 1621, when the Plymouth colonists and the Wampanoag shared an autumn feast harvest after surviving the extreme conditions of the winter, following the winter after they arrived in America.

Most survivors were men, because few women survived the harsh winter. Only 53 passengers and half the crew survived. Nineteen women boarded the Mayflower, and 5 survived.

Agriculture, fishing, and trading helped the small community survive, and even though Plymouth did not become a robust community like some other colonies, the colonists prevailed.

At the end of the next summer, the Plymouth colonists celebrated their first successful harvest. The celebration took place over a three-day festival of Thanksgiving. The celebration didn’t occur on the fourth Thursday in November, like it does today. It was sometime between late September and mid November 1621.

Following the first Thanksgiving festivals, Thanksgiving services continued informally for years. President Abraham Lincoln declared Thanksgiving a national holiday during the Civil War of the 1860s. The holiday was to be held on the last Thursday of November.

In 1939, President Franklin D. Roosevelt moved the official holiday to the second to last Thursday in November purely for economic reasons. The United States was in the middle of the Great Depression, and retailers were suffering. Roosevelt hoped the shift in timing would give shoppers more time to hit the stores before Christmas. Consumers were not pleased and called the day “Franksgiving.” In 1941, he changed the date back to the last Thursday in November. 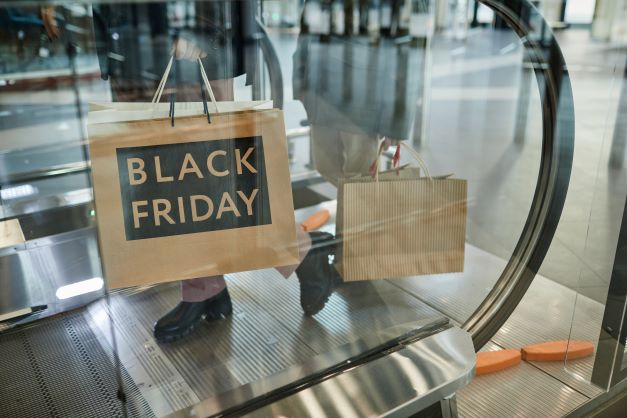 Black Friday is a shopping day for various reasons. Clear back to when President Roosevelt tried to change Thanksgiving Day to the Thursday prior, retailers and many stores have used Thanksgiving weekend as the first official Christmas shopping day and last major holiday before Christmas.

People know they can find the best Black Friday deals on Thanksgiving week, and the deals will sell out quickly. Savings can be upwards of 50% on some items, making the holiday shopping event spectacular.

Many employers give their employees the day off as part of the Thanksgiving holiday weekend, which helps encourage people to get out and get their shopping finished. Some consumers save all year long, so they can take advantage of the sale prices offered by major retailers.

Public transit systems usually do not run on their regular timetables, and offices are closed. Families will plan ahead so they can take care of the best Black Friday sales.

In 2022, Black Friday will occur on November 24th. It’s expected consumers can find good deals on various items, but prices are higher, and supply chain problems may cause finding the perfect gift a challenge. 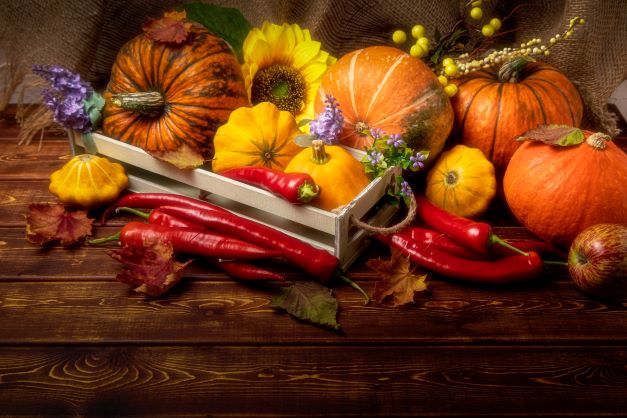 The History Behind Black Friday

The term “Black Friday” was first used during the crash of the U.S. gold market on September 14, 1869. The stock market was sent into a tail spin, and many stores, small businesses, and retailers went bankrupt.

To increase profits, stores advertised deep discounts on gift items, so shoppers would buy things from them.

In the 1950s, police in Philadelphia used the term Black Friday to describe the utter chaos that happened after Thanksgiving. Cities were flooded with suburban shoppers and tourists. Police had to work extra long shifts to control shoplifters who made off with merchandise because of the bedlam in stores.

By 1961, Black Friday had not only caught on in Philadelphia, but also in other cities. In Philadelphia, they tried to rename the day Big Friday. The term never stuck.

In the 80s, Black Friday was reinvented from the negative characteristic of police trying to control crime due to the heavy shopping day, and turned the term into something positive.

American stores, many retailers, and small businesses finally began to make a profit.

People often forget about the roots of Black Friday deals starting in Philadelphia, and today the one-day sales bonanza has grown into a four-day event, early deals, online deals, different prime early access sale events, Black Friday deals that last up to eight hours, and more. Black Friday is only one part of the Thanksgiving weekend activities.

To provide a convenient shopping experience to attract more shoppers, businesses have extended hours, may have deals and discounts, and treat their customers with tender care, such as offering to wrap presents, enjoy holiday decor and treats, and free white glove delivery.

If shopping the Black Friday sales wasn’t enough, Cyper Monday joined the shopping mayhem in 2005. Coined by the National Retail Federation (NRF), Cyber Monday is one of the largest online shopping days of the year.

Online shops eagerly list big ticket items and smaller items with great discounts. Because online shops are easily accessible for computers, tablets, and smartphones, nearly half of holiday browsing and purchasing takes place online. Consumers can shop for home, from their office, on their computers and smart phones.

There is a Black Friday deal on almost every category of goods. Even shopping online has its challenges of getting purchases on time and finding the cheapest price on the items on the wish list, like an Apple watch or Apple iPad mini.

Barry’s Pawn and Jewelry is located in Boca Raton, Florida. They are friendly, honest and fair pawn shops that offer great deals all year round. They take care of how they treat customers at their shop near Delray Beach, FL.

The business has been owned and operated for three generations. They offer a full array of pawn services, including buying, selling, and pawning.

Not like some major retailers where you have to wait for an item or have a demand, and so many people shopping for the same name brand item, Barry’s Pawn and Jewelery carries pre-owned quality name brand watches, fine gold jewelry, and luxury handbags and a good variety of each.

Customers can also shop online and have the items they purchase shipped. This helps them find and buy Black Friday sale items from the convenience of their home, making shopping for the holiday season less stressful.

If you are looking for a diamond ring, fine jewelry item, or luxury watch, you can shop with confidence, knowing they use the current market value and the 4 C’s which are Color, Cut, Clarity, and Carat weight for diamonds to value and price. These are the standards they use to determine the value of diamonds, and they will always test and explain their evaluation to you.

They also have an in-house jeweler with 35 years of experience. At Barry’s Pawn, they can replace missing stones, resize your ring, replace watch batteries, or solder broken jewelry. They do it all. Remember to buy in early November, so you have time to adjust the jewelry you buy during the Black Friday sales.

Sorry, the comment form is closed at this time.

This website uses cookies to improve your experience while you navigate through the website. Out of these cookies, the cookies that are categorized as necessary are stored on your browser as they are essential for the working of basic functionalities of the website. We also use third-party cookies that help us analyze and understand how you use this website. These cookies will be stored in your browser only with your consent. You also have the option to opt-out of these cookies. But opting out of some of these cookies may have an effect on your browsing experience.
Necessary Always Enabled
Necessary cookies are absolutely essential for the website to function properly. This category only includes cookies that ensures basic functionalities and security features of the website. These cookies do not store any personal information.
Non-necessary
Any cookies that may not be particularly necessary for the website to function and is used specifically to collect user personal data via analytics, ads, other embedded contents are termed as non-necessary cookies. It is mandatory to procure user consent prior to running these cookies on your website.
SAVE & ACCEPT
0
0
Your Cart
Your cart is emptyReturn to Shop